In January 2020, the number of global wind energy certificates released on the official website of IECRE exceeded 100, among which 22 have been obtained by Goldwind, accounting for about one fifth.

The IECRE wind energy certificate is issued by the IEC System for Certification to Standards Relating to Equipment for Use in Renewable Energy Applications (IECRE), covering the certifications for whole wind turbines, blades, rotor nacelle assembly, towers, accessories, transformers, gearboxes, and other parts. The certificate ensures that the certification results of different countries can be widely accepted around the world, thereby eliminating the technical barriers to trade and promoting international trade. 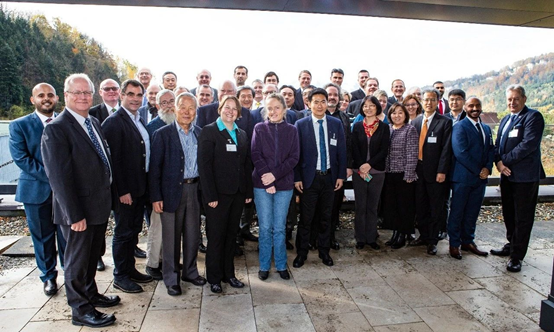 The sixth IECRE REMC conference was held in Feldkirch, Austria in November 2019.

International standards and certifications play a vital role in the technical development of the wind power industry. With the advancement of technologies and the use of new methods and tools, the formulation of technical standards related to wind power has also moved toward new directions, such as probability-based load computation, service life extension of wind turbines, radar wind measurement technology, wind farm micro-siting in a place with complex terrain, etc. In recent years, more and more Chinese enterprises and institutions have actively participated in the formulation of international standards and the qualification assessment systems, which have profound influences:

Second, China's rules and demands can be reflected in the formulation of international rules and we can contribute "Chinese Power" to the development of the world's renewable energy industry.

It is worth mentioning that in May 2019, Pan Weiping, an expert from the Chief Engineer Office of Goldwind's R&D Center, was elected as the vice-chairman of IECRE Wind Energy Operational Management Committee (WE-OMC), which indicates that China's progress and achievements in the field of mutual recognition of international standards for renewable energy have been further recognized by the world.