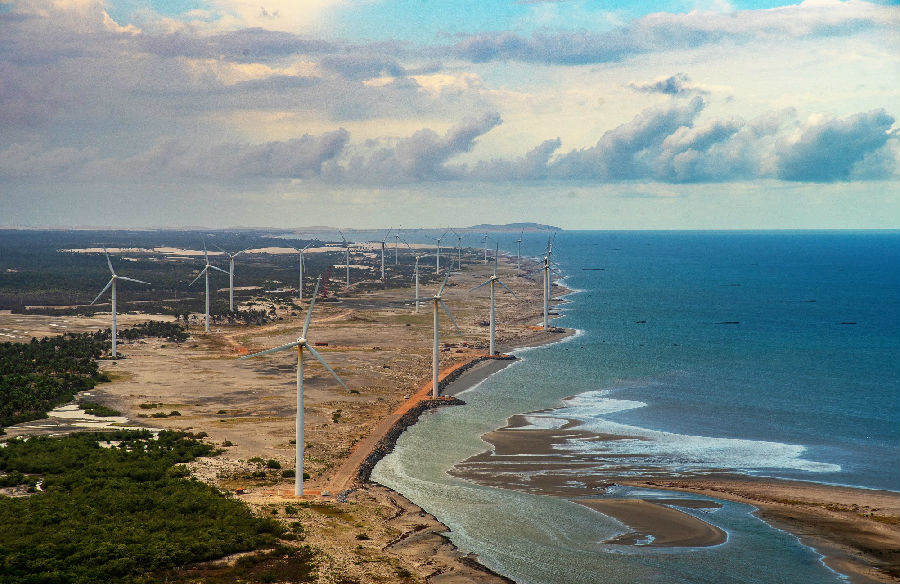 The O&M agreement was announced during a ceremony in northeastern Brazil marking completion of a 10-month, R$440m retrofit of 126 turbines at four wind farms owned by Energimp, necessary after bankrupt Argentine OEM Impsa was unable to maintain its own machines.

“Goldwind wants to be an international company, and Latin America and Brazil have large growth potentials, [along with] other markets such as the US,” the company’s founder and chairman Wu Gang told Recharge.

Goldwind is now looking to strike other deals in Brazil, and will to try to sell new machines into projects taking part in upcoming power tenders.

A local team of some 80 Goldwind employees, hired in recent months, will carry out the O&M work.

“We watched these machines stop one by one so we had to find a technical solution,” said Daniella Magalhães, Energimp’s CFO.

The first stage of the refurbishment agreement signed last August included the replacement of generators in the old Impsa 1.5MW turbines with those from Goldwind’s GW77 1.5MW, and the upgrading of software.

Energimp chose Goldwind because it owns the same German-developed Vensys technology licensed to Impsa a year before Vensys was bought by Goldwind in 2008. The only other gearless machine sold in Brazil is the permanent-magnet technology offered by local OEM WEG.

By the time Goldwind’s team arrived at the projects in the northeastern Brazilian state of Ceará and southern state of Santa Catarina, 107 of the 180 machines had stopped spinning altogether as parts failed due to lack of repair and corrosion from the high salinity and humidity conditions of the coastal wind farms, some of which were reaching 10-years of operations.

“We had to carry out 3,300 retrofits in the turbines from the replacement of screws to the upgrade of software for the pitching system,” said Goldwind’s services manager, Manuel D’Artagnan.

New generators were shipped from China and a 20-strong local team trained to carry out the job, including the installation of a prototype of a de-humidifying system and replacement of the metal access ladders to each tower by glass-fibre installations.

“The conditions faced by some of the turbines were worse than [those facing] offshore machines because of the sand and spray of the waves,” said D'Artagnan.

Completion of the first stage of the refurbishment work also signalled a comeback for Energimp, which over the past few years has been dealing with the fallout of the bankruptcy of its shareholder and turbine supplier Impsa, Argentina’s leading OEM which has been embroiled in bankruptcy proceedings for years.

Restructured after the sale of some of its assets, Energimp is poised to restart operations and its management team now seems confident it has overcome the hardest challenges of the first stage of the refurbishment project. It will now begin work on 116 machines in southern Brazil. At the end of the upgrade, 363MW will have been refurbished and put back on line.

Although Energimp now holds only fraction of the 800MW it had before these problems, it is drawing up plans to restart growth.