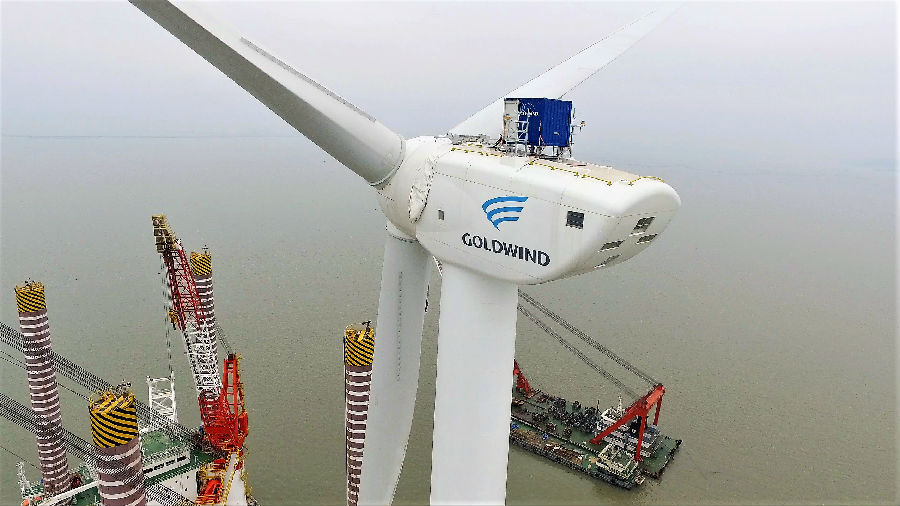 China added 25.9GW of new wind capacity and grid-connected 20.3GW in 2018 as Goldwind kept its status as leading turbine OEM in the world's largest market, according to latest industry figures.

The CWEA last year pegged China's 2017 total new-build installations at 19.66GW, but did not give figures for new grid-connections then.

Goldwind, Envision and Ming Yang Smart Energy (MYSE) kept their positions as the top three players – rankings they have held since 2016 – with “Goldwind installing over 6GW, Envision putting up 4-5GW, and MYSE 3-4GW,” the body said.

Together the trio took 61.5% of the Chinese market, seven and 17.4 percentage points up from their shares in the previous two years, indicating the further consolidation of the domestic wind market.

The rest of the market, representing 5.56GW, came from 15 other turbine makers whose names and rankings have not been released yet.

Most of the top seven players remained unchanged in their position compared to those in 2017. However, Guodian United Power—now a subsidiary of world’s largest utility China Energy Investment—dropped to seventh place from being ranked fourth in the previous two years. Windey moved up two slots to sixth place.

Beijing is looking to greenlight the remining three “red-alerted” provinces to resume wind construction this year, as all managed to cap curtained as required under government targets, Recharge reported earlier this month.