How Were Largest Offshore Wind Turbines Installed in the Asia-Pacific Region?

The whole installation process starts from Yancheng, Jiangsu Province, China. It was an early morning a fortnight ago when the GW154/6700 turbines were sent out and embarked on a 15-dayjourney from Yancheng to Xinghua Bay, Fujian province, through land, river, and sea transportation.

Xinghua Bay has huge winds throughout the year,with an average wind speed of 10 m/s. Though an ideal place for wind farms, the unceasing wind on the bay posed a great challenge to the engineers.

There were limited platform spaces for offshore operations, and plenty of uncertain factors that caused hurdles in the work ofinstallation. Worse, the window period for installation was very short. Goldwind’s engineers therefore decided to adopt a technology solution that combined integrated transportation of direct-drive offshore turbines and horizontal single-blade installation. All the parts, except the blades, were assembled, wired and debugged on land, and integrated when they reached at the offshore platform.

Thanks to the wind-collecting system, which allowed automatic control and adjustment, the blade docking process went smoothly. After more than ten hours of offshore operations, the last three blades were installed accurately and the docking precision was controlled within 1cm. 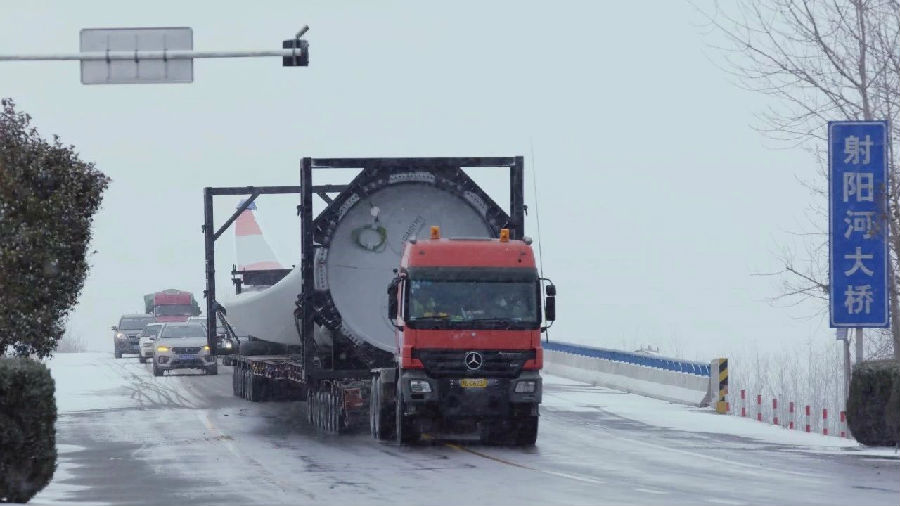 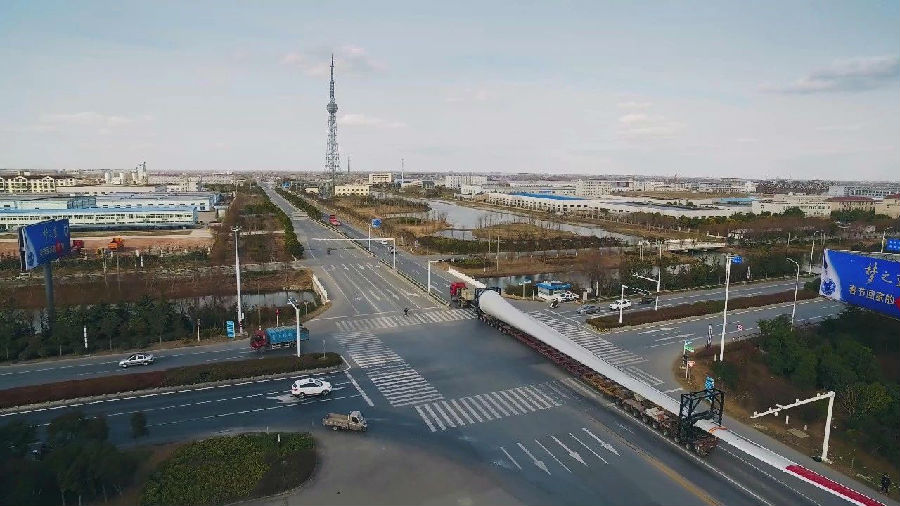 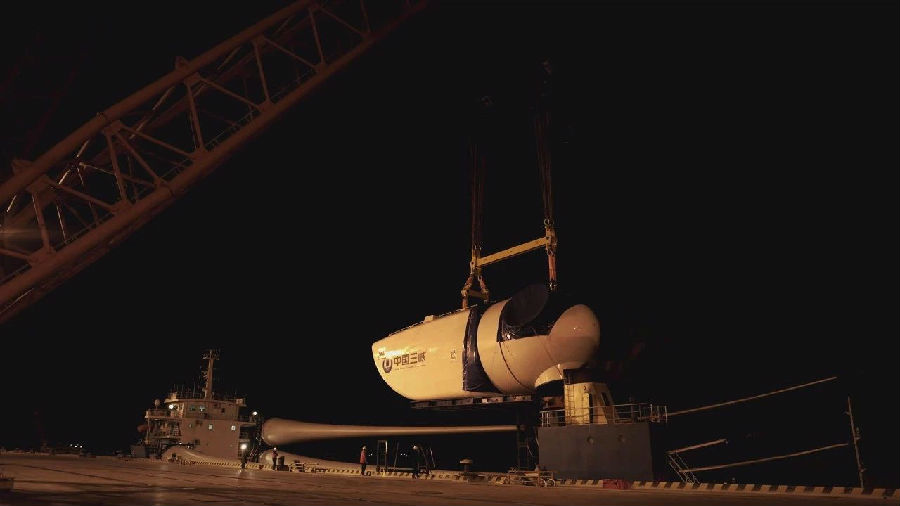 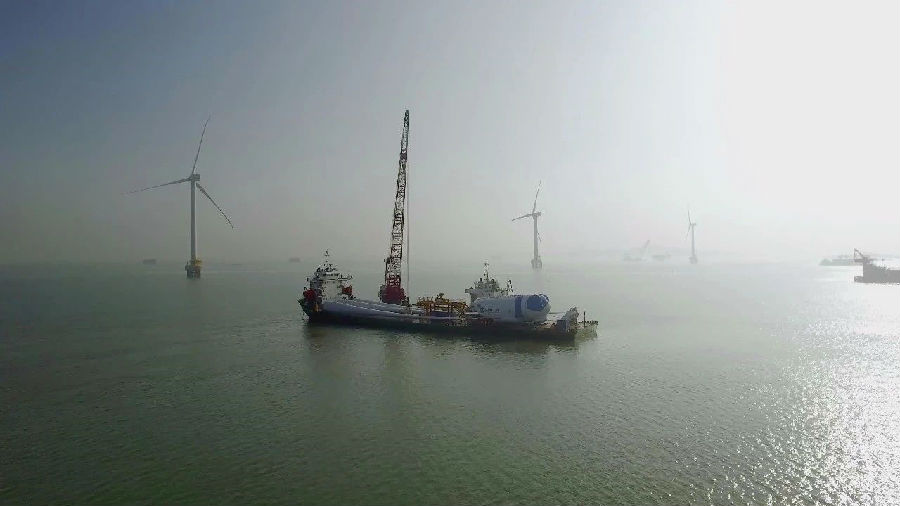 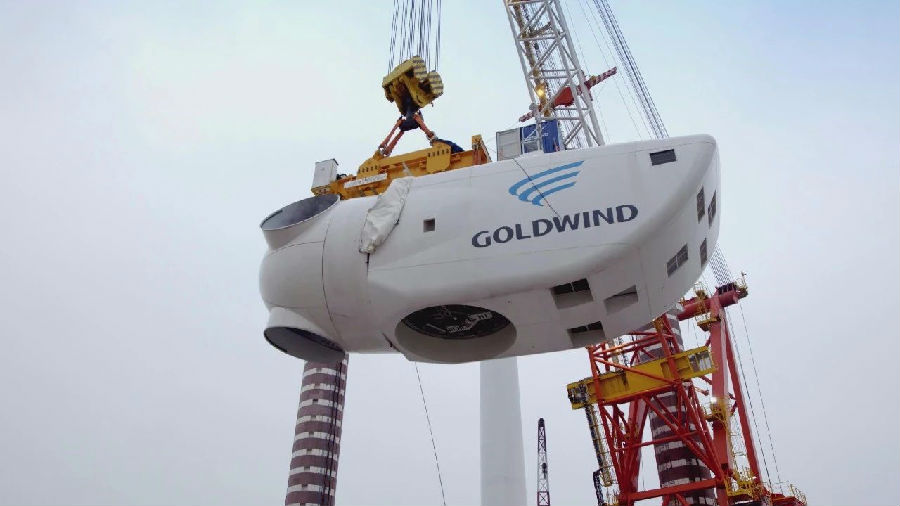 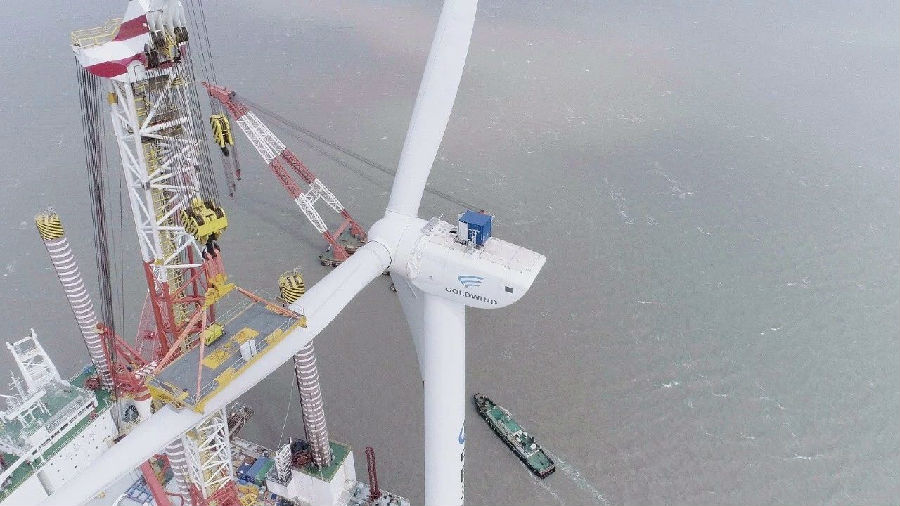