Liu Rixin: “The LCOE of onshore wind power in China has fallen by over 40% in the past decade”

“In the past decade, the LCOE of global onshore wind power has fallen by about 25%, while the LCOE of onshore wind power in China has fallen by over 40%. By 2020, the on-grid price of wind power projects can compete with that of coal-fired power projects and the on-grid price of PV projects will be reduced to the level of sales price set by the grid. Wind power is entering an era of grid parity,” said Mr. Liu Rixin, Vice President of Goldwind, at the 2019 China Wind Power Industry Innovation and Development Forum on May 22, 2019. 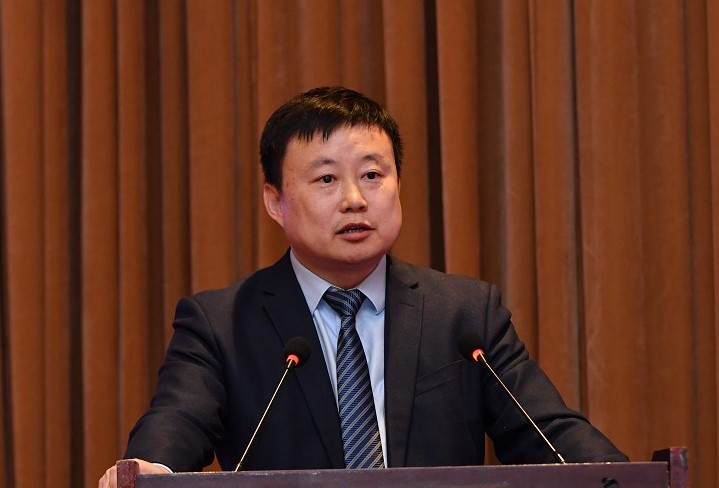 In the past 10 years, the efficiency of wind power generation in China has increased by 20% to 30%, the energy production has increased by 2% to 5%, and the operation and maintenance (O&M) cost has decreased by 5% to 10% through technological innovation such as high tower, airfoil optimization, independent pitch, cluster control, optimization of environmental control system, coating improvement and wind measurement technology.

In the past 20 years, with the help of technological innovation and scale effect, China’s wind turbine price has fallen by 70%, to 3,550 yuan/kW; the cost of wind farm construction has dropped by 50%, to 7,160 yuan/kW. The performance and reliability of power generation have been further improved.

From the industrial point of view, the grid parity needs 2 to 3 years to materialize, which will be a reality in 2021. Mr. Liu Rixin suggested to give more time to sort out the tiered pricing for grid parity, as the design and R&D of wind turbine as well as the costs of wind power supply chain have been locked.

In terms of wind resources and current construction cost, some provinces and cities like Shanghai and Fujian are ready, but further improvements in technology and business model are required if a nationwide grid parity or low price is to be in place.

After an overall analysis of wind power industry, Mr. Liu Rixi has put forward a path to grid parity for wind power: We need to change the business philosophy of wind power to prepare for grid parity, make systematic and customized solutions from technological innovation and model innovation, and get continued support from the government and the grid to jointly promote energy transformation.

Meanwhile, distributed wind power is not limited by the annual guided development scale and temporarily exempted from wind power bidding by 2020. It is closer to users and easier to utilize, thus it has greater market potential. It will be an important business model for developing user-side wind power in the era of grid parity.

2. Reduce the LCOE by applying advanced technologies, power boost and other efficiency-improving solutions, other than lowering equipment price, so as to guard against the risk of low quality arising from low price.

For example, provide comprehensive energy services that integrate distributed wind power, multi-energy complementation and smart energy; work with end users that have high electricity consumption and relatively low requirements for power quality, such as electrolytic aluminum company, so that end users can respond from the demand side, which can reduce the impact of wind power volatility on the grid.

Fourth, change the policy and the grid. Reduce non-technical costs and break the bottleneck on distributed power trading.

Fifth, change the electricity users. Use price mechanism to encourage the response from the user side.

While meeting the demand of the adjustable loads of electricity users, renewable energy can reduce its volatility. Encouraging the response from the use side helps to improve the power supply reliability of renewable energy.

In closing, Mr. Liu Rixin put forward the vision for the era of grid parity in China: With the current technical level and policy support, grid parity can exist only in a few areas and distributed wind power at the user side will be a breakthrough for wind power development. According to the growing trend of energy, wind power will certainly achieve grid parity and realize the transition from supplementary energy to alternative energy.